This class of ship was equipped with Mass Drivers capable of running off of cheap and plentiful iron nickel rubble eliminating the requirement to have hydrogen supplies transported from the gas giants.

The Hephastoi class was able to sustain a large crew for an extended duration. This coupled with it's modular design, led to several variations in the design and a diverse array of usages.

Most of the Hephastoi's primary systems, aside from the weapons control and fighter launch/retrieval systems, were carried over to the Atlas variant. Structural changes in the Atlas included upgraded hull armor and a reversed habitation section.

Additional research has focused on attempts to modify the drivers for plasma acceleration for destinations in the outer solar system.

Stay tuned for more shots of the MAC Atlas II and other ships. 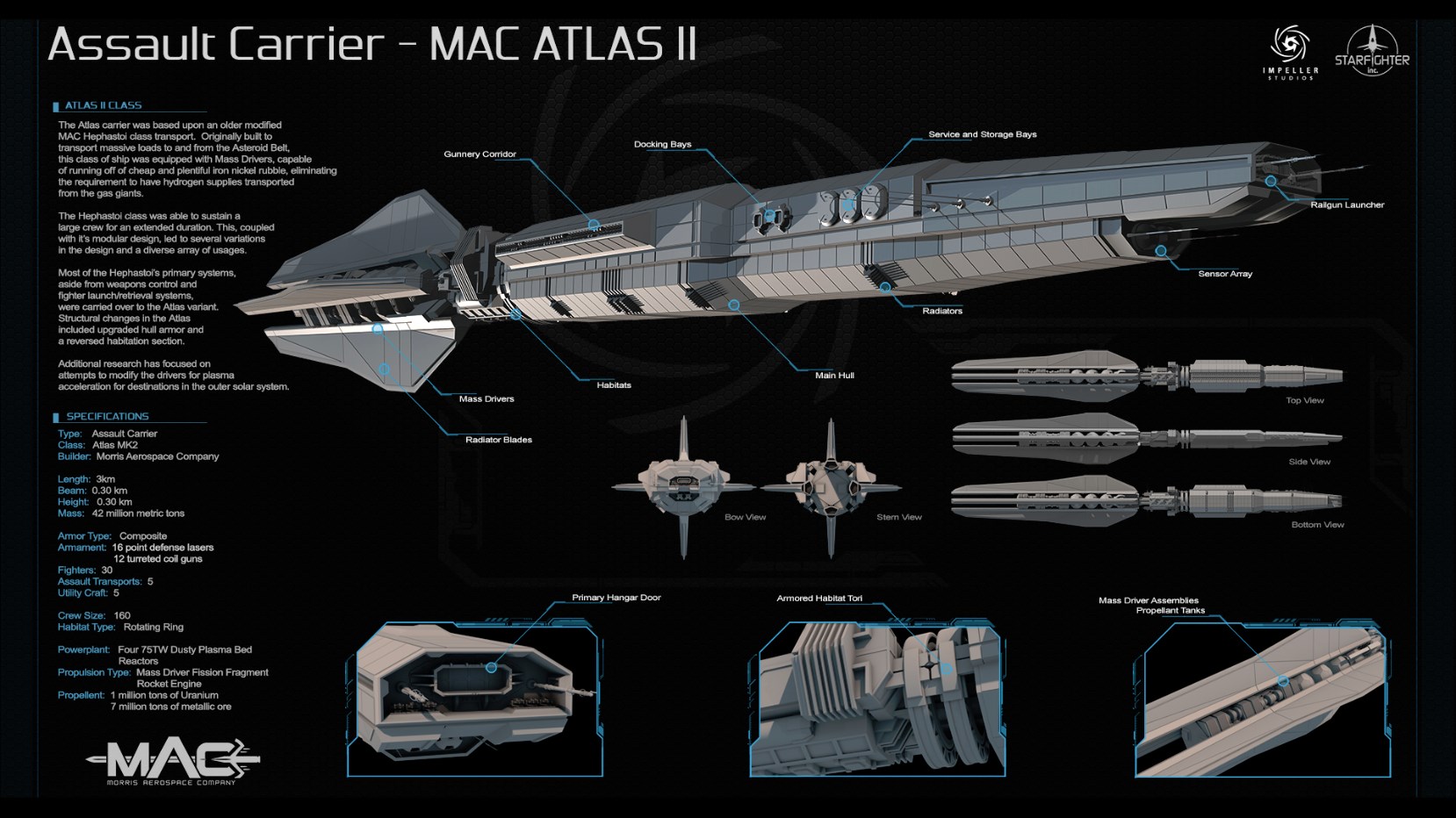